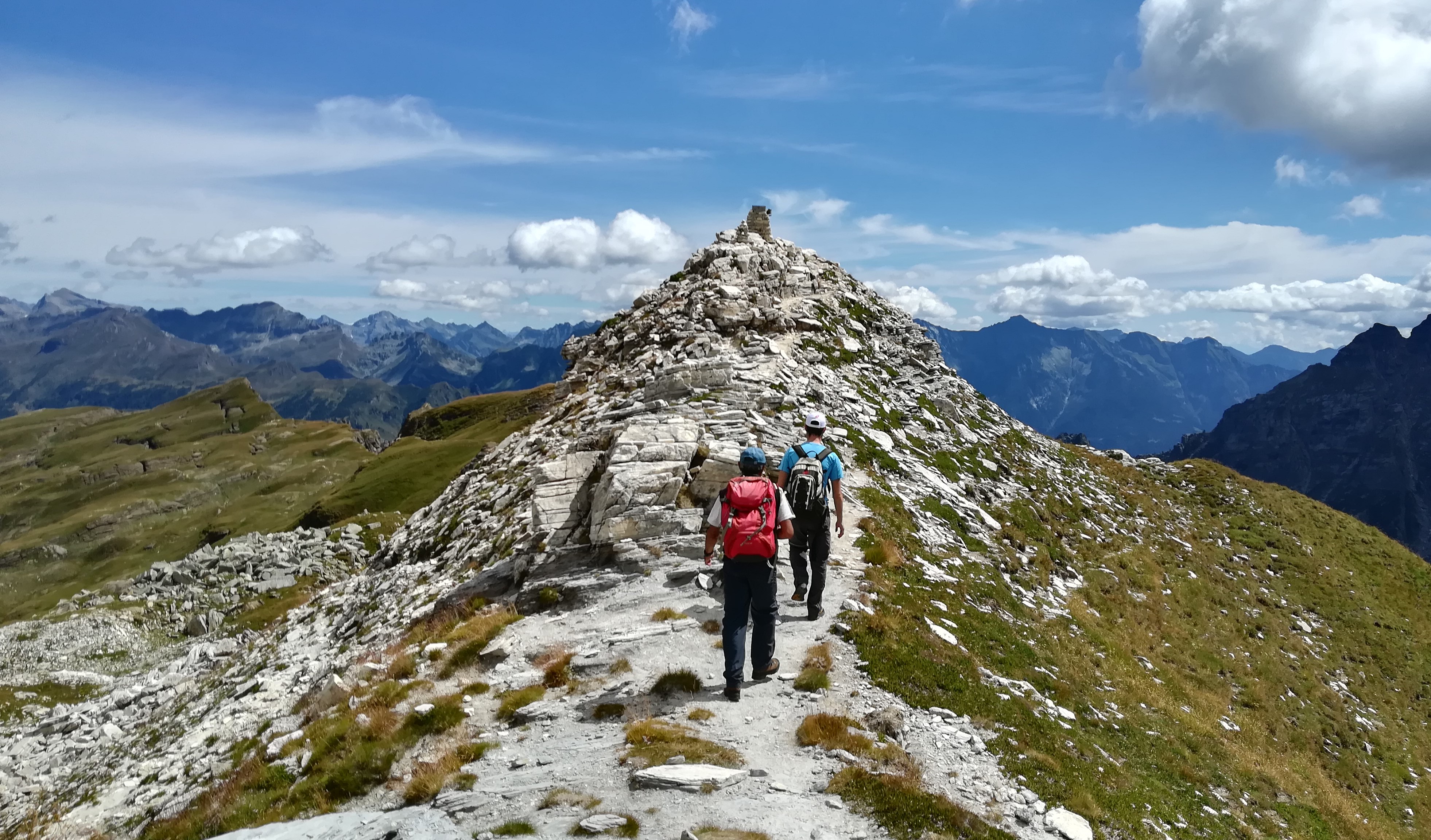 The track from Devero to Veglia is part of the Great Alps Traversal which links together the West Alps which go from the Maritime Alps to Verbano: from the sea to the Monte Rosa mountain, from the Great Glaciers to the hot waters of the Lago Maggiore lake. The track also comprises a segment of the Alpine Pastures Without Boundaries Tour, which consists of a full traversal of the Leopontine Alps, going from Veglia to the Formazza Valley Glaciers up to Airolo. The predominant feature of this track is the environmental boundary between the larch forests and the high-altitude prairies, beaten by heavy winds and crossed by clear-water torrents.

Along the track one’s sight roams about valleys and mountains allowing us to become acquainted with the various habitats of the Veglia - Devero Nature Park. The Devero Church coasts along the Buscagna River, surpassing the camping place and reaching up to the Pedemonte homes. From here the track starts going up steeply into a thick larch and alder wood up till we reach Buscagna, an Alpine pasture refurbished by the Veglia Deverso Park personnel, utilized in the summer months. From here we proceed along an apparently flat surface in a splendid environment, with the torrent running slowly while tracing wide curves. We reach the Alpine housing establishments of the Buscagna Alp and then proceed surpassing stony ground tracts up until we reach the higher part of the Buscagna Valley. We finally cross high-altitude prairies going up the steep slope which brings us up to Scatta d’Orogna. We follow in a slight descent along the mountainside till we reach a small (sometimes dry) lake, and via another mountainside crossing below steep rock slopes (watch out for falling rocks in case of thunderstorms and heavy rains) we get back to the Valtendra Mountain Pass. From here onwards the path is entirely downhill: it starts with a very steep tract which goes down to Pian Sass Mor and thus follows on until the great du Scricc Plane Alp (where we may find the “alpeggio del Parco” Alpine pasture). From here onwards a nice path along the woods descends along the Rio Frova Valley, coasting high above the torrent’s gully and finally passing behind the CAI Mountain Hut and reaching the Veglia Plain.

Be careful between Scatta d’Orogna and the Valtendra Mountain Pass: some tracts are exposed to the possibility of falling rocks. The track is especially dangerous in the presence of thunderstorms. In the beginning of the season (June), the path may include steep snow-covered tracts.