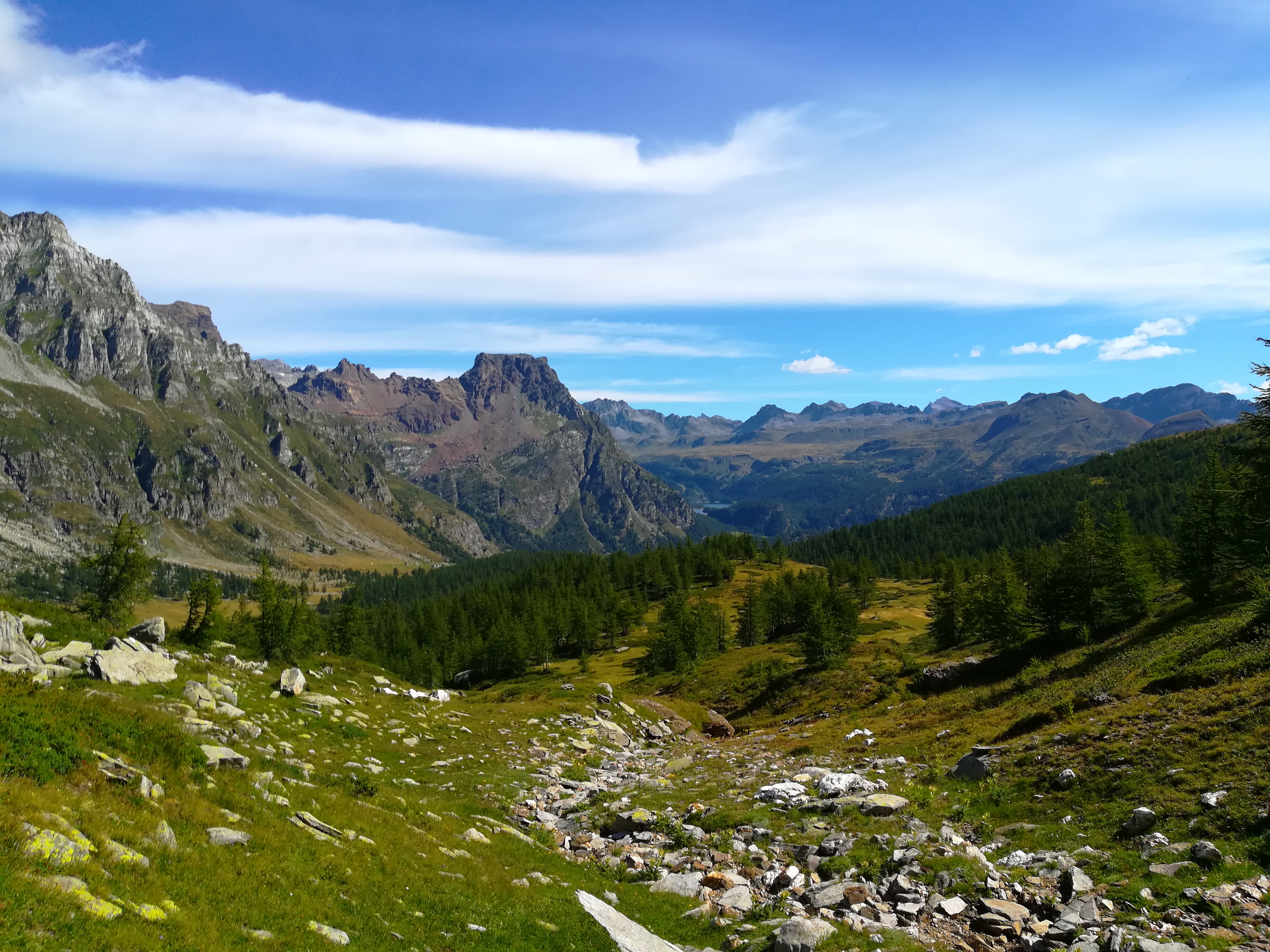 Mount Cazzola is an easy mountain, with a grassy ridge at the center of a crown of beautiful mountains: from its peak it is possible to take a 360° panoramic view of its surroundings. The Cazzola Mountain is a very visited destination even in the winter and this is in part due to skier-alpinists and snowshoers. The slope down to Val Buscagna, with its vast prairies, reminds us of the great Far West or of the Great North found in much literature.

From the Devero Church we coast Rio Buscagna, passing the camping ground up until we reach Pedemonte. Just before entering the municipality we take a left and cross the wooden bridge. The path goes steeply up among the larch woods which can be seen from the entire path which faces the nice Buscagna Torrent Waterfall (which is visible at the beginning of the season or when the water is not being used for hydroelectrical purposes) up to where we reach the Misanco Alp. We continue, taking a right and going back up an even more steep tract which allows us to nimbly surpass the rocky bastion. Ignoring the fork in the road towards Black Lake we proceed straight on along a nice small flat valley going briefly up to the Alpine lodging homes of Curt du Vel and following the directional posts we exit the limits of the woods and follow on between alpine parries among tracts of debris thus coasting the base of Mount Cazzola. At the fork in the road towards Mount Cazzola we take a left and enter a small valley which after a little while leaves room for two flat basins which normally present themselves as stretches of sand which only occasionally at the beginning of the summer are taken up by small lakes. With a last steep ascent marked by wooden posts we reach the panoramic peak of Mount Cazzola. As far as the way back is concerned, we go back up the same tract up to the fork in the road towards the Misanco Alp, and from there we follow onwards moving around the High Buscagna Valley (in the Curt Vita area) where we can enter the H99 track of the Devero – Veglia traversal. We then pick up towards Devero and coasting the torrent on its left we first reach the Buscagna Alp and then, following along the plain we pass the fork in the road towards Black Lake and then always on a flat surface we reach Buscagna, an alpine pasture refurbished by the Devero Park Vigil and utilized in the summer months. From here onwards we start going down rapidly up to where we reach the cluster of Alpine lodging houses of Pedemonte, thus returning to the place we started from.

E (medium difficulty). From Curt du Vel the path enters the vast high-altitude parries without vegetation. Be careful! In case of fog it is easy to become disoriented due to a lack of reference points.