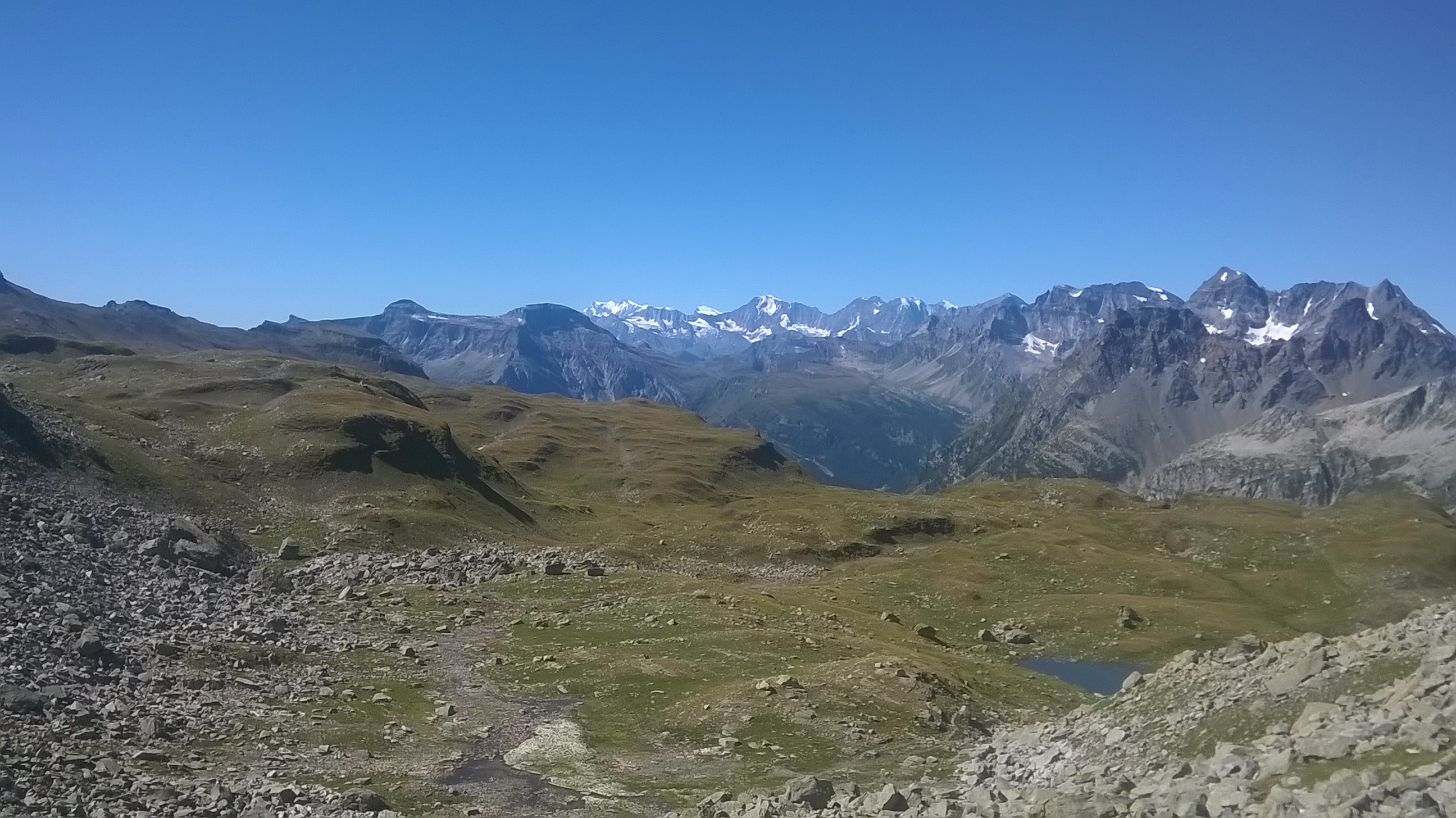 The track from Devero to Formazza is part of the Italy Trail (Sentiero Italia) track and the Alpine Pastures Without Boundaries Tour which completely crosses the Lepontine Mountains, from Veglia to the glaciers of the Formazza Valley up to Airolo. The itinerary across the Scatta Minoia is also part of the Alpine Way (Blue Itinerary). Because of its offering of various harmonious environments encountered along the way, its offering of sceneries, and caliber of trails, this track is also known as the Great Lepontine Excursion. The Scatta Minoia Mountain Pass, which already existed at the beginning of the 1900s, takes its name from a family of Baceno merchants which used to import salt from Salisburg to sell it in the Ernen market: the mountain pass used to serve as a linkage between the Saint Giacomo Mountain Pass and the Albrunpass (the Arbola “Traversable Way”).

On the mountain pass the “E. Conti” shelter can be found, while at Vannino the “E. Margaroli” mountain hut offers certain hospitability. From Devero we cross the plain until we reach the Cantone area. We cross a stream and go up along Vallaro up to the dwellings of Crampiolo. In front of the church we can take a tractor trail which goes up to a small dam and then coasts the Devero Lake also known as Codelago. At the bottom of the lake we find a small Alpine house (Spygher); here we leave the trail and follow a steep path which reaches a splendid small flat valley full of marmots (habitually called Marmot Valley). We continue up until we encounter the tractor trail once again which can now be followed via steep hairpin bends and leads to the Lower Forno Alp (where the Bettelmat cheese is produced in the summer). Following the directions we proceed on grassy ridges and wide high-altitude prairies up until after a brief steep tract we enter a small valley which takes us to a basin under the Scatta Minoia Mountain Pass. Here the surroundings turn into a continuous flow of rocks and through a mountainside track we reach the mountain pass and then the Ettore Conti shelter. The way down is not as long and first crosses stony grounds up until the Curzalma Alp basin is reached.

From here we follow a mountainside path and go down until we coast the Vannino Lake and in a brief amount of time we reach the Margaroli Mountain Hut dam area.

E (medium difficult) - The uphill portion of the track on the Forno Alp is not very well-marked due to various tracks in the land caused by cows out to pasture. The ascent to the mountain pass and the following descent on the opposite side crosses lengthy stony grounds.

From June to September