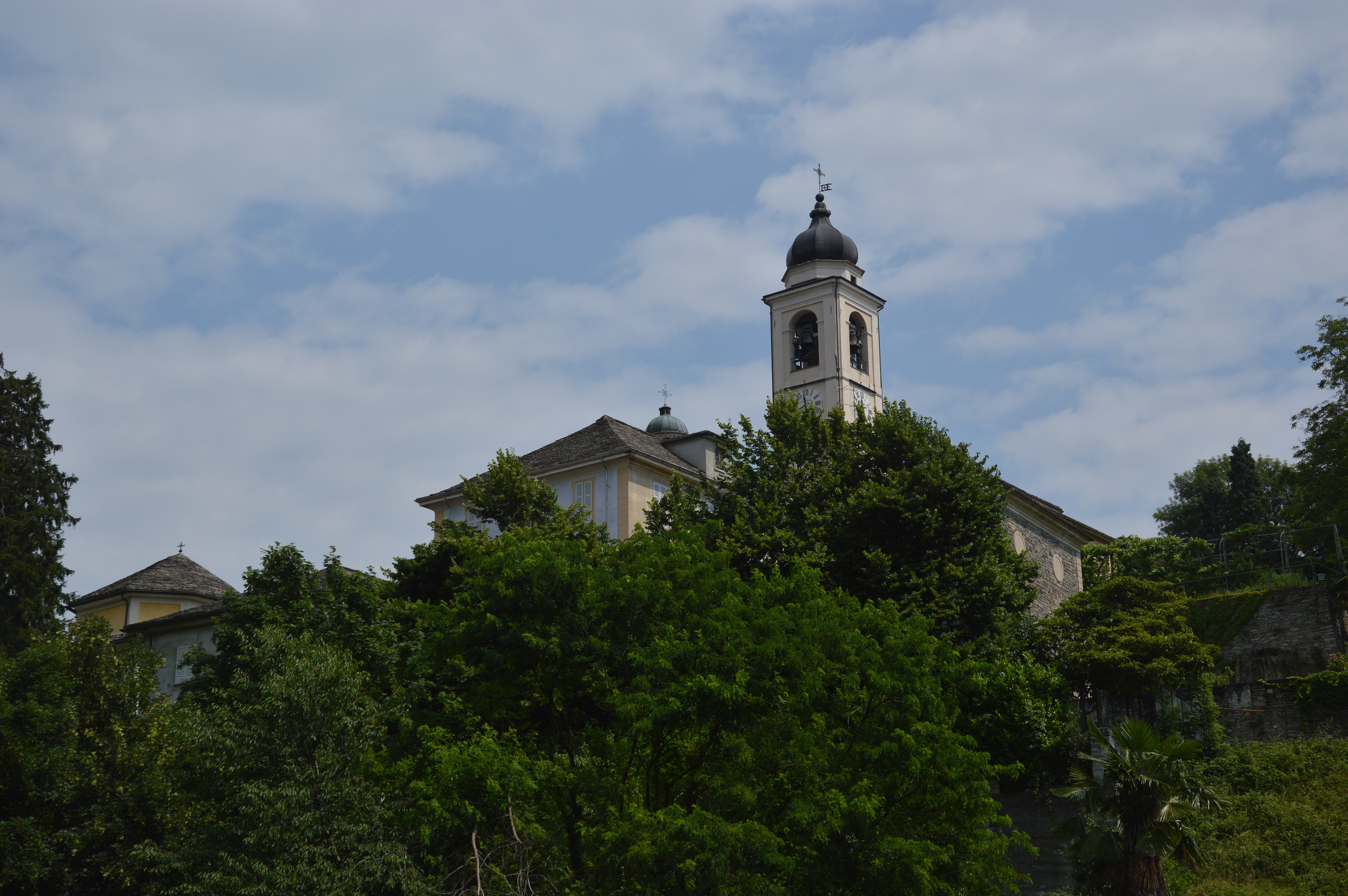 From the train station in Domodossola, small green signs on the pavement (with the UNESCO logo) guide you to the start of Via Crucis, which leads up to the Sacred Mount Calvary (Sacro Monte Calvario in Italian). Following trail D00 (Via del Monscera – Via Stockalper) head uphill on pretty mule tracks until the Chapel of Marisch, then continue to Motto, Croppo and Vagna (Maggianigo). Enter the centre of the village and, at the nice stone fountain, start downhill on the wide, cobbled mule track until you come to the hamlet of Castanedo. From here, take the street for Val Bognanco which heads off to the left and cross the bridge over the River Bogna. Just after the bridge, leave the paved street and enter the little cobbled road that goes to the village of Mocogna, pass the oratory and arrive at the little square with the washbench. Continue on flat ground, then to the left on the paved street for a bit until a dirt road begins on the left. Take this road as it crosses the Deseno River (caution: after periods of intense rain, wading across may be not be an option. If so, it is possible to get to Ardignaga by following the paved street from Mocogna). Continuing on flat ground, you’ll arrive to the Tower of Ardignaga, a medieval lookout structure which has been expertly restored. From here, the properly signalled trail begins to climb into the woods with oak and chestnut trees, passes the turnoff for Onzo and continues slightly downhill until intersecting the paved street to Monte. The street goes on until the second group of houses, where the always-evident and well-indicated trail starts again, climbing very gradually until Canei. From here, follow the street, pass the junction for Alpe Andromia and head downhill to the winding road below the town of Bosco. Take the start of the mule track that drops down to the Oratory of Bosco, then, after a section in the woods, wraps around a quarry and descends to the paved street just before the Napoleonic bridge over Diveria Creek. Head downhill on the nice mule track, cross the new bridge below and drop down again into the hamlet of Fabbrica. Following the paved road that runs along the slope, climb up to the parish church of Crevoladossola.

Notes: A hillside route on the highlands of Domodossola and Crevoladossola. The first section, extending to Mocogna, coincides with Via del Monscera (Via Stockalper). From the centre of Domodossola, following small roads and trails, you’ll arrive directly to Castanedo. From Crevoladossola return by taking the bus.

The historic centre of Domodossola, Sacred Mount Calvary of Domodossola (a UNESCO world heritage site), the Church of Vagna, the lookout tower of Ardignaga (15th century), the Napoleonic bridge, the parish church of St. Peter and Paul and the Museum of Sacred Architecture of Crevoladossola

A hillside route on the highlands of Domodossola and Crevoladossola. The first section, extending to Mocogna, coincides with Via del Monscera (Via Stockalper). From the centre of Domodossola, following small roads and trails, you’ll arrive directly to Castanedo. From Crevoladossola return by taking the bus.