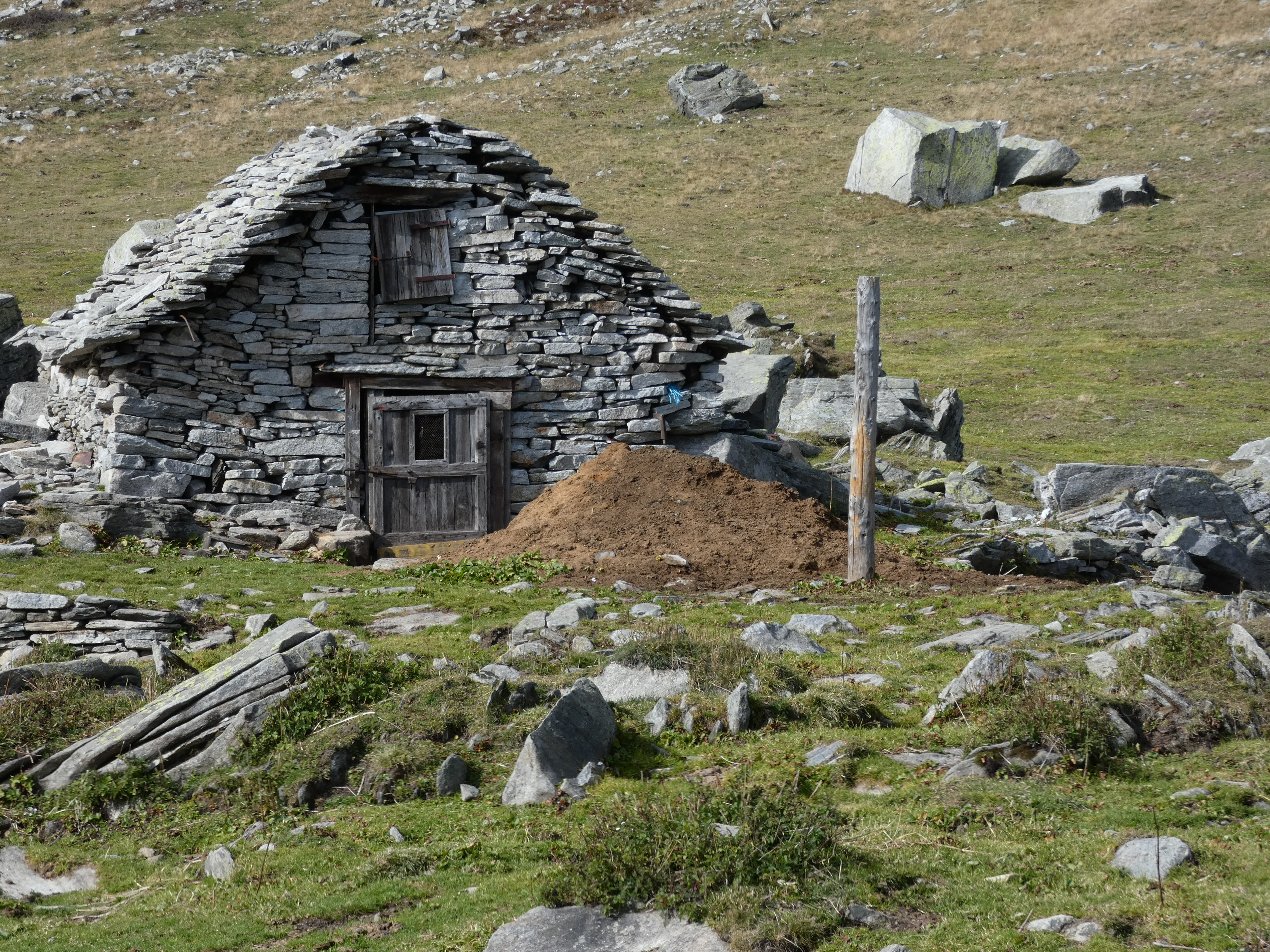 This track was born out of the IIIA inter-regional community initiative as part of the ProAlp IT-CH project whose aim is to cater to the development of and promoting of mountain tracks with the end of making the environment more valuable to people, from culture to typical production jobs, especially those concerned with cheese production.
This itinerary brings together the Veglia Alp with the Del Gottardo Dairy, coming across the Devero Alp (which homes the physical “Alpine Pasture Museum” (“Museo dell’Alpeggio”) Documentation Centre), the Saint Giacomo Mountain Pass (which is an important, ancient exchange route joining Italy with Switzerland), and, on the Swiss side, a part of the “Alps’ Road” (“Strada degli Alpi”).
The itinerary takes place at a high altitude among pastures, lakes, and Alpine mountain passes, touching upon the main Alpine pastures present around such whereabouts.
The path in its entirety allows the tourist to cross the area of Ossola Alpine pastures and Swiss Alpine Pastures, in such way allowing excursionists to come into contact with those who work here and observe animals, pasturages, and activities carried out in the area first-hand.
The main aim of this track is to make the tourist closer to the world of Alpine pastures, also by means of organizing common interest events in accordance with their mountaineers (for example, feast days related to the ascent and descent of the Alpine pastures), guided visits to the Alpine pastures, degustation, initiatives concerned with getting to know moments of everyday life and work, animals, the environment, and local traditions.
The Alpine pasture becomes in this way a place where the farmers can profit and offer new work opportunities or create maintenance and educational initiatives while maintaining tradition and making it valuable in this area.

THE TOUR:
ALPINE PASTURES WITHOUT BOUNDARIES